Editor’s Note: ourLynden was started with a vision to connect and sustain community in Lynden by sharing inspiring and positive stories happening around us. We’re encouraged to hear of Jesse’s experience of being welcomed with open arms, despite his worry about connecting to a new community. We know others who feel that Lynden is a hard place to be a newcomer. Our hope is that you’ll be encouraged to meet new Lyndenites and be intentional in welcoming them to town. If you’re wondering where to start, Overflow Taps may be just the spot to meet someone new! Here’s your letter from Jesse:

About eight years ago I met my beautiful wife Kristen on a birthday run. She is from Lynden and is the sole reason I came to know you. At that point in my life, I was pretty confident I would never marry. I realize now that the decision was not mine to make. It was made for me via some master plan. I believe Overflow Taps and ultimately solving the global water crisis is a part of that plan as well.

“When I first moved here, I was a bit worried about whether or not I’d fit in… You welcomed me with open arms.”

When I first moved here, I was a bit worried about whether or not I’d fit in. That it might be difficult to feel connected with a community I’ve never been a part of. Without you, I would have never met my business partners and friends, Adam Stacey and Josh Libolt. You welcomed me with open arms. You invited me into your home and showed me so much love and kindness. In very much the same way, you have extended this generosity to Overflow.

While visiting us and sharing your dreams and stories over a pint of craft beer, you have helped raise nearly $12,000 for people in need of clean drinking water around the world. $0.25 at a time, you have helped give water to a village of 350 in Malawi, one of the most underdeveloped countries in Africa.

Fun Fact: 59 people, who have never tasted clean drinking water, will now be able to do so because of your support during our outdoor events last year alone. That’s crazy when you really think about it!

To learn more about Overflow Taps and their mission to provide clean water around the world, find them on Facebook here.

Also check out our story from their February 2016 opening here. 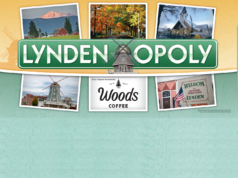 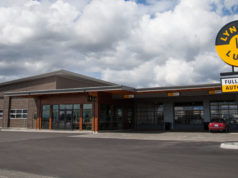 When we need each other most: farmers, neighbors help out during Lynden storm